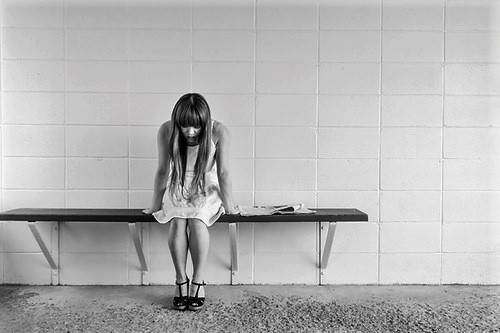 At the time I was managing a team of 20 people, I would say I was still quite a “green” manager.  One of my team members had a long term illness.  What had started as an eating disorder and abuse of laxatives had led to serious bowel issues resulting in a colostomy bag needing to be worn and other medical requirements.  None of this was an issue at work and the employee never had any problems performing her role.

I started to notice a decline in the employees work (let’s call her Anna – this was not her real name).  Her productivity was dropping and so was her behaviour.  Anna was generally a very friendly and bubbly person.  I noticed she was not engaging in any chatter with her colleagues and generally looked down.

After a couple of days I decided to have a chat with Anna to try and find out what the issue was.  What happened next was one of the most confronting experiences I have ever had.  While I started the conversation very casually asking how she is, Anna broke down sobbing.  She started to tell me how miserable she was feeling and had been considering taking her own life.  I was speechless!  Anna reached her arm out to grab my hand for comfort.  I retracted my hand like a cold robot and slid tissues towards her.  14 years on and my actions still haunt me.  How could I be so cold and inhumane?  This poor woman was reaching out for help and I felt that as a manager I couldn’t cross the line and show her some compassion.  The conversation ended with me proposing Anna go home for the afternoon and I offered her Employee Assistance Program (EAP) support.

All afternoon I was feeling sick in my stomach about what Anna had told me.  I kept thinking ‘what if she actually follows through with these thoughts?’, ‘am I the only one who knows this?’ and ‘what should I be doing to help her?’

As these questions kept circling around my head, I started to wonder what my duty of care was as her manager.  Being a new manager I decided to go and speak to our OH&S Manager for further advice.  After relaying the story to him he looked alarmed.  He advised even though Anna had only expressed thoughts about suicide, we still have a duty of care for her health and wellbeing.

We took the steps of calling 000 and advised them of the conversation that had taken place and the fact Anna was now at home (possibly alone).  An Ambulance went to Anna’s house that evening to follow up and check on her.

I won’t get into the nitty gritty but Anna was admitted into hospital and stayed there for 6 months.  The first few weeks after her admission I received abusive phone calls from her saying “you are a selfish bitch, you don’t’ care about me, you are only covering your own arse”.  It’s always hard as a manager to know if you are doing the right thing by your employees especially when it comes to mental health issues.  While this was not a great outcome, it could have been so much worse!  Situations like this one can also be extremely emotionally taxing on you, so make sure you have a good support network.

If you find yourself in a similar situation I would recommend engaging assistance from HR immediately.  I wish I knew then what I know now as a HR professional.  Most employees manage their illness without it having an impact on their work or the business.  Others may require workplace support for a short period of time and a very small percentage will require ongoing workplace strategies.

Who said managing people was easy!